“Once you have tasted flight, you will forever walk the earth with your eyes turned skyward, for there you have been, and there you will always long to be.” – Leonardo da Vinci

The Australian Vintage Aviation Society or TAVAS at Caboolture Airfield is Australia’s only collection of flying World War 1 type aircraft. The museum commemorates the pilots and planes from the first 30 years of powered flight, especially the trainers and fighters of World War 1. All the aircraft have been lovingly restored as Curator, Andrew Carter believes that the best way to repay these heroic pilots is by giving their memory wings.

The Museum’s Volunteer Engineer, Dave Walsh is constantly amazed by these impressive machines. “Some of the engineering is quite precise considering it was done with hand tools rather than the machines that were used today,” Dave explained.

“I just enjoy the fact that they are magnificent old machines and to keep them flying is just part of my daily routine.”

Aircraft Maintenance Engineer, Nick Maddocks is another passionate aviator who’s made a career out of maintaining and restoring a range of different aircraft.

“Mechanically there’s nothing more technical to a plane then there would be to restoring a car,” Nick explained.

“One of the last projects I did was a Marc 16 Spitfire. A Spitfire’s the aircraft that everyone knows about even if you’re not into aviation. It went from a pile of bits to something that’s flying now and it’s absolutely immaculate.”

The Spitfire Nick is referring to was the very first plane to land on Brisbane’s new airport runway on 12th July 2020. That’s a pretty cool achievement for a plane that was once in pieces! 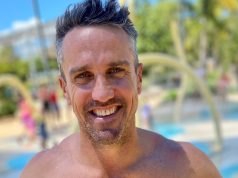 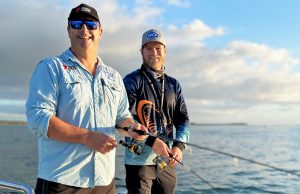 Fishing
The Jumpinpin Channel is renowned as a mecca for local anglers, and for good reason. It sits smack bang between North and South Stradbroke...

How you can become a Yachtshare owner 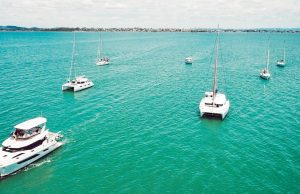 Boating
Yachtshare is a syndication program, which allows people to own a share of a luxury yacht without all the hassle and maintenance of owning... 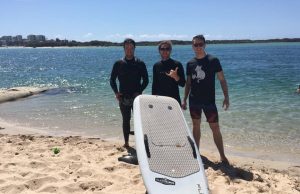 Activities
There’s been an evolution, of sorts, on the water – from kite buggying, to kitesurfing, windsurfing and scuba diving. With new technology, there have...
© Copyright 2020 - Creek To Coast