As ‘social distancing’ slowly becomes a way of life for the foreseeable future, we’re being forced to adapt whether we like it or not. Holidays have been put on hold, many of us are working from home and parents are wishing upon a book called ‘Home Schooling for Dummies’ that they can get their hands on!

As more restrictions have been put into place, the number of caravans and loaded up vehicles on the road seemed to increase by the hour. Coincidence? We think not! If we’re going to be encouraged to self-isolate with our families, what better place to do so, than in the bush? Did someone say an “early Easter camping trip?”

It seemed like a great idea and no one was going to rain on your parade. That was of course until the closure of all Queensland campgrounds were announced as of Thursday, 26th March 2020. We hate to think how many people were nailing the last peg into their tent when the news broke. “Pack it up kids, it’s time to go home” we heard you say.

So now that we can’t escape to the bush or hang out at the beach to ride out this crazy wave called “Corona”, what can we do? Camping may be called off but that’s where we come in. Here’s a handy list that might help keep you busy during the months ahead:

Have a ‘campout’ at home:

Pull the mattresses off the bed, build a fort in the lounge and campout for the night. We’d recommend cooking up some popcorn and flicking on a favourite movie to pass the time too.

Cook up billy tea and damper… in the kitchen:

Okay we know it’s not quite the same as when you’re in the bush but who says you can’t enjoy some billy tea and damper from the comfort of your couch? We’ve found a great recipe to get you started by Sammy Hitzke.

Sing campfire songs… on the back deck:

Now, your neighbours may not appreciate this one but there’s nothing like a good ‘ol fashioned sing-a-long to lift the spirits. Whether you play an instrument or just use the ‘ol wind pipes, here’s some inspiration to get you started:

Roast some marshmallows or make S’mores:

If you’re lucky enough to be able to make a fire in your backyard, why not bust out the marshmallows and spend some time with the family around the fire? If lighting a fire isn’t an option, you could always opt for making S’mores in the kitchen!

Who says you have to be on a camping trip to enjoy a round of cards with your family? Go Fish, UNO, Snap — there are plenty of games that are guaranteed to keep the kids entertained. Dads, just remember you need to let little Johnny win every once in a while!

We know nothing really beats the real thing but as times are changing, so too are Australians. We’re an adaptable bunch and if it means bunkering down for a few months to help each other out, we’d be silly not to give it a red-hot go! After all, those campgrounds, billy teas and firepits will all be there waiting for us once we come out of hibernation! And man, are we going to appreciate the outdoors then.

More camping tips here for when you can get outdoors: 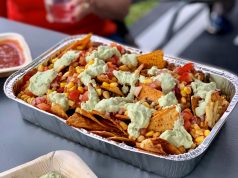 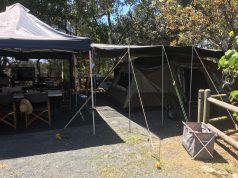 How to make sure you have a great camping trip 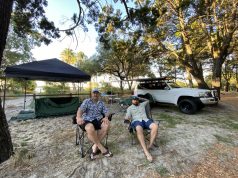 Caravan or boat – which would you choose? 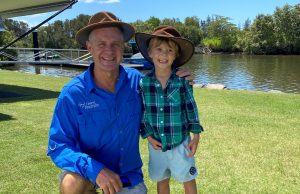 Boating
If you love exploring the outdoors as much as we do, then you’ll want to keep reading. Mater’s current “Cars for Cancer” giveaway is...

A day trip to the country just an hour from the... 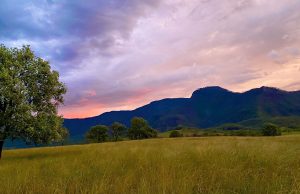 Activities
Country drives… they’re a great excuse to escape the city! Just an hour out of Brisbane and you too could be in the Scenic Rim…...
© Copyright 2021 - Creek To Coast