Scotty has a few whale-watching tips for when you're up in Hervey Bay next! Visit our website for more information: http://creektocoast.com.au/queensland-whale-watching-tips/

Posted by Creek to Coast on Thursday, 12 September 2019

Queenslanders are a lucky bunch, as our coastline provides a haven for the gentle giants of our oceans. If you want the best of the best whale watching, it’s on the Fraser Coast. In fact, Hervey Bay is known as the whale-watching capital of the country…arguably of the world.

But remember, there are a couple of things you need to keep in mind when on the water during the season. For the anglers out there, it’s a timely reminder to be responsible with fishing gear. Don’t leave gear or rubbish behind.

Don’t deliberately approach whales closer than 100 metres. If you’re within 300 metres, you’re considered within a caution zone, so keep your wits about you and travel at a low speed (10kts or less is recommended). A boat cannot enter a caution zone if three boats are already present within it.

Whales are curious creatures, so there’s nothing to say they won’t approach you! If this happens, put your vessel in neutral and just enjoy.

The biggest vessel of the Hervey Bay whale watching fleet is Spirit of Hervey Bay.

It has six viewing decks over six levels and even an underwater observation area. Think that’s immersive? It also comes with a live soundtrack as an underwater microphone captures the surrounding whale song and feeds it through the boat’s speaker system.

So while it is important to remain vigilant during this very special time of the year, it’s also important to enjoy! Whether you’ve never seen a whale in the wild, or you see them every year, it’s always such a treat to see these magnificent creatures in all their glory.

If you are heading to Hervey Bay to catch your glimpse, there’s another activity to pop on the to-do list.

Come September, Wetside Water Park opens its doors… and inside are epic slides, gnarly waves and a tipping bucket for the littlies. Entry is free with a small fee for the bigger rides. 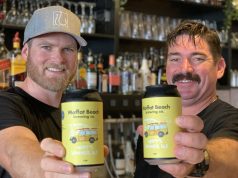 Where to find Australia’s Best Beer 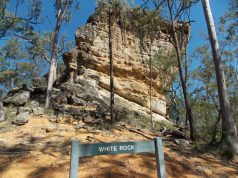 Cooking
﻿ Ingredients per person: 1 packet of spicy 2-minute noodles, (or whatever is your fav flavour) 1 egg 1 small carrot, or other veg,...

Chasing Trevally off the East Coast 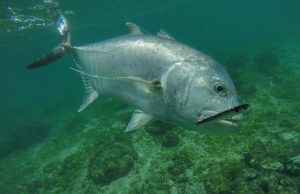 Fishing
There are a multitude of Trevally species that lurk in our waterways, and we are lucky on the East Coast to have a fishery... 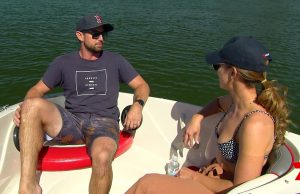 Boating
Somerset Dam is just over and an hour and a half inland from the Sunshine Coast and provides the perfect day (or even weekend)...
© Copyright 2020 - Creek To Coast