Love the idea of making something with your own two hands? Something you can use every time you explore the great outdoors camping, fishing or four-wheel driving? Then Paul Emmanuel Arestan has a workshop that’s perfect for you.

Paul’s been making knives since 2013 and runs two-day knife making workshops from his Mount Neebo home.

“So we start with a flat bar of steel, we cut it to shape, then we grind the bevels of the blade so that it has a thing edge and once this is done the blade is then heat-treated,” he said “heat treating is a crucial part of knife making, that’s when you turn a piece of steel into a blade. That’s how you harden the blade so it’s a two-step process.

The first is to heat up the blade, and then quench it to cool it down quickly. It can be quenched in oil or it can also be quenched between aluminium plates it all depends on the steel used. At that stage, the blade will reach its maximum hardness. It will be too brittle.

Then comes the second step which is tempering. The blade is put in the oven at a low temperature to soften it down so that it then is suitable to be used a knife.”

Paul’s also the master of advice when it comes to what kind of knife you need for what purpose.

“If you go trekking and you carry a heavy backpack, you might want to carry a light knife.

If it’s only to cut pieces of rope, do a bit of witling, a bit of bush crafting and cut some food a knife with a blade of 10 to 12 centimetres will be plenty. If you’re more into 4WDing and weight is not an issue you might go for a bigger knife, or even an axe or a sword.

A machete can be quite versatile, especially on softwood. But as soon as you start hitting hardwood you want something a little bit thicker that will cope with the heavy impact.

For fishing, especially for filleting, you might want a very thin blade. The blade will have to be narrow so that it doesn’t drag. The wider the blade is, the harder it will be to slice through fish fillets.

But otherwise, as a general-purpose fishing knife I would recommend a thin and narrow blade… that will quite versatile for fishing but also for any other tasks that you might have to perform on the boat or on the beach.”

Making your own knife can go beyond creating something to use on your outdoor adventures, Paul says they can end up with real sentimental qualities too.

“I’ve got people who come up with their own design,” he said. “They might even come up with a plate or drawings, they know exactly what they want and it’s something that they can use for the rest of their lives or even pass on to the next generation. One hell of a climb – Mount Tibrogargan 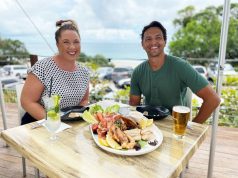 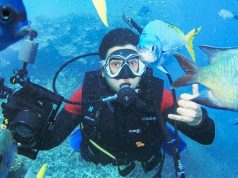 Spend a night on the Great Barrier Reef 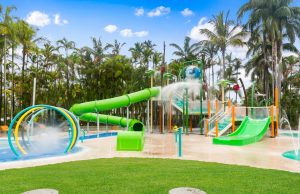 Creek To Coast
Rockhampton, the beef capital of Australia, and fast becoming a hotspot to catch monster Barramundi and Salmon in the heart of town! With so much... 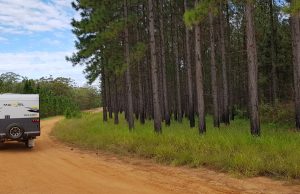 Caravanning
JC from Sunseeker Caravans gives us his top tips on getting your caravan ready for your next big adventure. ﻿ Servicing One of the most important things...

How to make Shakshuka 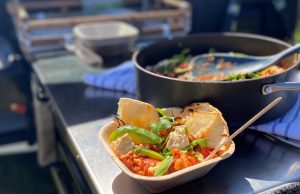 Cooking
Gone are the days of rummaging through the back of your ute or car, looking for your camp stove, table, gas bottle and food...
© Copyright 2021 - Creek To Coast