A trip to Rottnest Island wouldn't be complete without a #QuokkaSelfie or wetting a line! 🎣 More Cricket to Coast here: http://bit.ly/ExploringRottnestIsland

Posted by Creek to Coast on Wednesday, 16 January 2019

When people talk West Australian cricket, the Marsh name is ever-present. The current generation, Shaun and Mitch, are very much a part of the Australian cricketing fraternity, but it was their father, Geoff, who was first in the spotlight.

Geoff, or “Swampy” as he’s affectionately known, opened the batting for Australia in both tests and one day internationals, between 1986 and 1992. After his retirement, he couldn’t keep himself away from the game and still held an absolute love for it. He coached Australia to their 1999 Cricket World Cup victory, then moved on to coach Zimbabwe, followed by Sri Lanka.

“…you just want to see the kids do well. I think every single kid that plays for Western Australia wants to play test cricket, and it’s hard work. You see the ups and downs of the journey, and you just try to give them as much support as you can, and help them as best you can. And that’s what I really enjoy doing.”

If he’s not hitting catches or standing at the back of a net at the WACA, you’ll most likely find Swampy over on the gorgeous Rottnest Island. If you’ve never been, we’d highly recommend it. Swampy shows Scotty around, picking out a stunning little campsite, before wandering down to Pinky’s Beach for a little fish in front of the Bathurst lighthouse.

And of course… a trip to Rottnest Island wouldn’t be complete without a little encounter with the island’s most famous inhabitants, the Quokka!

Rottnest Island is only half an hour by Sealink Ferry from Fremantle, and has accommodation to cater for all tastes, from beautifully appointed rooms, to stunning campsites. 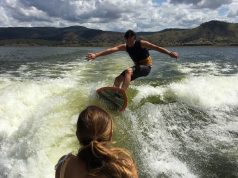 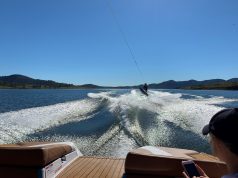 Tips for chasing summer pelagics off the Sunny Coast

Fishing
Come Summer time off the Sunny Coast, pelagic fish show up school upon school. So when targeting species such as Mackerel and Tuna, below...

What to pack when you’re bush camping Camping
So, you’ve planned a remote camping trip away and there’s no doubt you’re looking forward to it! But before you make tracks, we suggest... 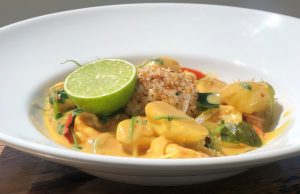 Cooking
In Queensland we are so lucky with our seafood and boy do we love it… especially the iconic prawn! But with so many different species...
© Copyright 2020 - Creek To Coast